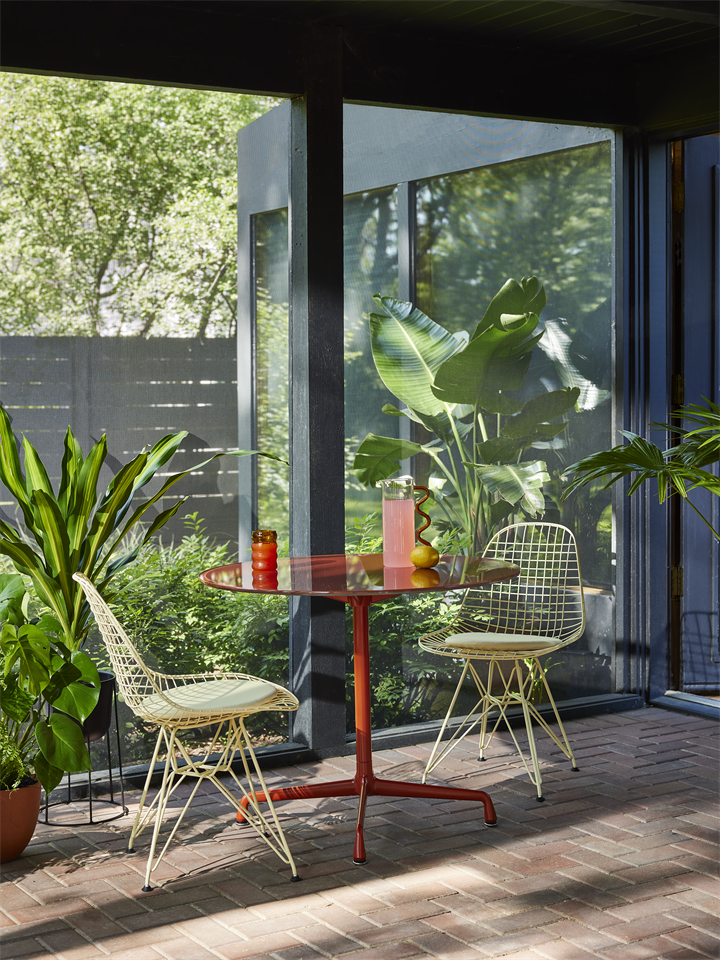 Herman Miller is built on a legacy of creative partnership, In a first-of-its-kind collaboration, the Danish design house HAY thoughtfully re-imagines eight Eames classics for a new generation of modern design enthusiasts.

The Eames Wire Chair is a unique iteration in the shell chair's continuous evolution. In the 1950s, the Eames Office started experimenting in bent and welded wire. Inspired by trays, dress forms and baskets, the team developed a number of pieces, including the wire version of the single-shell form.

Perhaps more than any design in their oeuvre, the shell chair represents the Eames' disinterest in superficial aesthetics and their agnostic approach to material. What mattered most to them was the integrity of the form, function and context - or as Charles often said: "The Best for the Most for the Least". It's this attitude that pushed them to explore the shell chair in a variety of finishes, materials and base configurations. 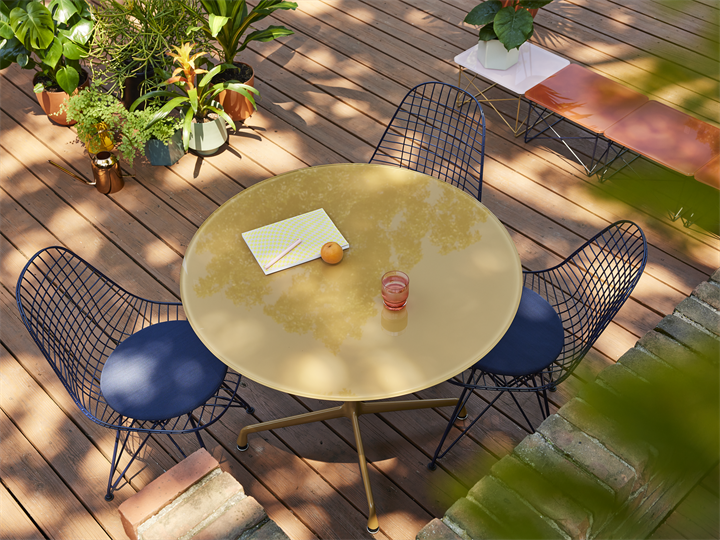